By now you will have all been fed up of hearing about Brexit and the EU Referendum. But like the result or not, we will all be affected by it in some way, share or form. Being a freelancer myself, I wanted to gauge how the self employed and freelance workers out there feel about this historic change. So I went and found a load of lovely people who agreed to share their thoughts with you. Note that I am not endorsing any single view below but think its important to give individuals the right to speak theirs. 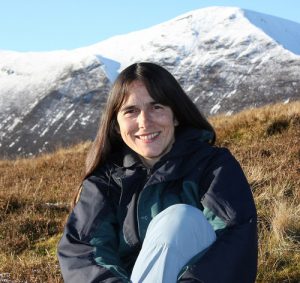 “We’d need a crystal ball to know what’s going to happen post-Brexit, but my fear is that our economy will go into a major nose-dive. In terms of print media, the sector in which I largely work, that’ll mean an acceleration of a long-term downturn that’s already resulting in job losses, fewer markets and lower rates of pay for both the employed and the self-employed. Looking at the bigger picture, I’m worried about losing the legislation that has improved workers’ rights and provided a degree of environmental protection. Will the Government just scrap those laws? But the worst thing about the actual referendum result is that racists and xenophobes already seem to have been emboldened by it, as if it somehow ‘legitimises’ their language and their actions. 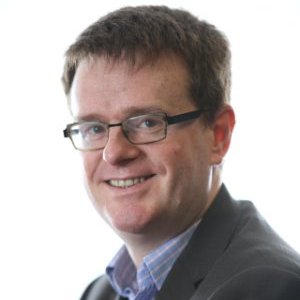 “I’ve always been a tad Euroskeptic, because the EU government has been partially broken. But despite its imperfections, I wanted to remain. But as you say, the people have spoken and we’re still European. We need to unite and make this thing work.

I had thought one advantage would be that the silly EU VAT rule would no longer apply, but alas it still applies whether we’re in or out.” 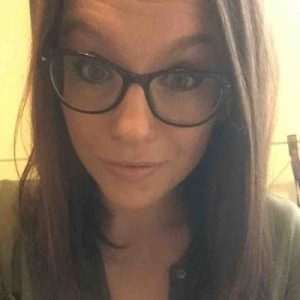 “Having voted Leave I am delighted with the outcome (also shocked as I never thought this would occur!). I feel that everyone has been quick to judge the outcome. I personally chose to leave after extensive research and what swayed me was the information about our British Forces and what the outcome would mean if we stayed. The decision to form a European Army would likely soon come to fruition and this isn’t something I feel would benefit us as a country. How do I feel about it being a freelancer? I am excited for what’s to come, let’s embrace it! We all seem so afraid of it and I feel this will hold us back as a country.

We won’t see a difference for a while and quite honestly I don’t know how it will be different but does anyone just yet?” 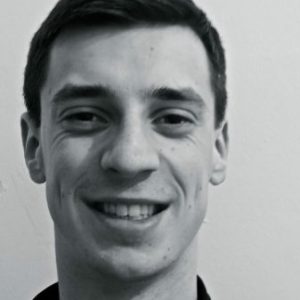 “When I woke up Friday morning to find out we had voted to Leave, I was furious. I was anxious too, but the anger was more dominant. It was clear that too many people had been persuaded to vote Leave by lies and fear. Now though, I’m less frustrated. The weekend has made it obvious that there is absolutely no clear plan for exiting the EU and it could takes months if not years to fully leave. I’m just going to get on with life as usual, because at the moment nothing has changed and I don’t think a lot will.
Success is still a result of immense hard work.

Whether we’re in the EU or not won’t change that. I’m at peace with what 51.9% of the voting population decided, and everyone else should be too. Work hard, get results.” 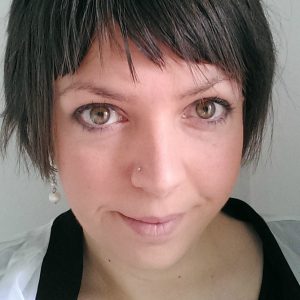 “As an individual I’m mainly shocked at this point. And disappointed. And angry. Basically, there aren’t even enough emojis to express all the feels I’m feeling. It’s made me realise that I do exist in a bit of a social bubble as pretty much everyone in my network was strongly in favour of remaining in the EU, and it seems like a lot of people have realised that Twitter isn’t a robust analysis tool after all.
As someone with a small business I’m mainly scared at this point. On a practical level I’m aware that the cost of living may be set to increase, and so that puts additional pressure on my cashflow and sales. It’s the uncertainty which makes me nervous, and I’m assuming it will make other people nervous too. Nervous people are less likely to spend money. On Thursday afternoon I filled in a survey about my confidence in the freelancer market, and I was cautiously optimistic with my answers. It would be a very different response if I were to take it again today.
Many of my clients are charities, who are often at least part-financed by European Funding, so there’s a worry that there will be less money in budgets for updates to their websites (even when a short term investment like that can have a long term benefit).
However, despite the uncertainty I actually feel somewhat more secure as a freelancer than if I were employed at the moment; at least now I am in control of my own future rather than constantly in fear that the next email from HR relates to job cuts and redundancies.

I’m also hopeful that this will be a catalyst for people to work together and take action in a positive way. “ 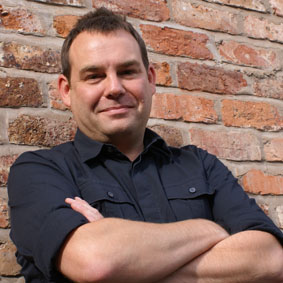 “OK, I don’t mind admitting I spent most of Thursday dazed and confused – totally bewildered and left-fielded by the Leave win.
Only one person in my Twitter timeline even suggested they weren’t on the same page as me. Surely we were in for a landslide?!
I was angry, too. Even taking to Twitter to berate Leave voters as bellends! On reflection, a tad embarrassing. Although on the plus side, it led to my biggest ever social media reach. Every cloud, eh?!
Anyway, having just read Rohan Silva’s article in today’s Sunday Times (courtesy of Michael Di Paola)… I’ve reconsidered my personal philosophy and started smiling 🙂
It is what it is.

And it’s now our job as creative thinkers, as entrepreneurs, as a nation, to make the most of it, and prove to the world the UK is a world class economy… IN or OUT!” 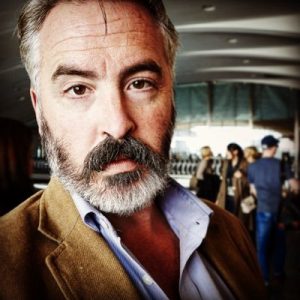 “Honestly I am surprised, and disappointed. I grew up in the US and the UK, proud to be part of Europe and fortunate to have worked across the European Union and with international teams. These days I hold both US and UK passports, I live in London, self employed as a digital marketing consultant with international clients, many within the EU. For the moment it is business as usual, legally and constitutionally, nothing has changed, nor will it until the UK gives notice to the European Council, at this point the clock starts counting down and the UK has up to 2 years to withdraw from the Union.
Today (Friday 24th June) is a real day of uncertainty and fear as seen by the financial markets and the PM announcing his resignation, but at the same time we need to remember we are currently, and for some time yet still part of the EU and it is going to take time to work out what is going to happen next.The chances are Article 50 may not even be started until a new PM is in place in the Autumn. Will Northern Ireland and Scotland now become separate States to remain in the EU? Is the UK to become the Kingdom of England and Wales? Will this mean EU clients will be less likely to hire from the UK? Will the mean greater opportunities from outside of the EU? Will I remain in the UK? All questions I will be asking myself.
eaving the EU may have huge implications for the UK and its 4.7 million self-employed, but I feel that for the majority, including freelancers like myself, we are agile and flexible enough to take on board the changes and find new opportunities. The thoughts of a fully functional Digital Single Market may now continue without the UK, which I feel could be a missed opportunity as leaders in this area.

One thing we need quickly is clarity.” 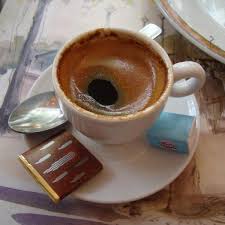 “It doesn’t matter which side you were on, whether we are in fact in or out, we all have to make the best of what’s to come. Change is inevitable and necessity is the mother of invention.

So, now is our best opportunity to find our most creative and innovative selves. “ 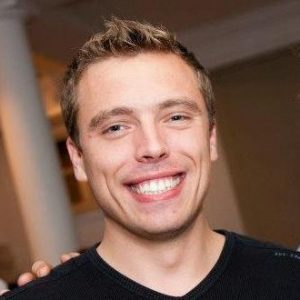 Krystian Szastok – Freelance SEO Consultant in Croydon (but from Poland)

“I’ve been living in UK for 10 years now and working from month 1 of my arrival.
Since March 2016 I run my own SEO consultancy and now I’m afraid that since my business is very new I may face some issues with either costs of running a business or visiting my family back home, or them visiting me. I’m from Poland originally.
Another issue that I’m concerned about is going for a longer holiday and working from abroad for clients in UK.
In the last week Pound has lost nearly 10% of exchange rate against Polish zloty, which makes traveling more expensive than in the past.

I’m now considering applying for a British citizenship in fear of future issues with my family coming for holiday too.” 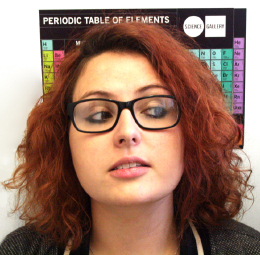 “We have destroyed ourselves, our businesses and our futures by cutting off our own arms while people make vague noises about being able to ‘reattach the most vital parts later’. All the connections are severed and we are losing blood faster than people seem to be able to grasp.
We’ve lost the goodwill, respect and listening ears of Europe, supply lines, jobs, travel are already drying up. Freelancers won’t be able to attend and speak at events, sell at conventions, attract clients, deal in multiple currencies and sell online nearly as easily without incurring higher costs than most single-person businesses will be able to deal with.
Grants and funding for the video game, entertainment, education and publishing industry are all gone and money to do projects that aren’t immediately attached to corporate needs will be very hard to come by.
The British government are much less willing to fund, or tolerant of, any business or endeavors with even a flavour of ‘arts’ so we will be shoved to the absolute bottom of the stack in terms of laws protecting us and our rights as creators and producers.
This goes from the top to the bottom, young people looking to start new businesses and get into freelancing who now have uncertain futures to the older people who are having private pensions wiped out by the currency drop.

Freelancing is a risky and uncertain business at the best of times and we’re now in more danger than ever.” 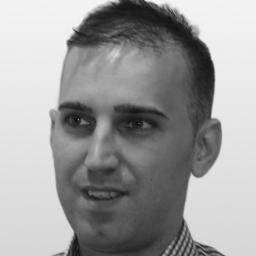 “My thoughts on that have been that I was torn between Leave and Remain for various reasons. It was only when I got to the polling station that I chose Remain. Yes there is going to be some pain. But I have faith in British Resilience and its ability to face challenges head on.

I believe we’ll get through this and come out of it stronger.” 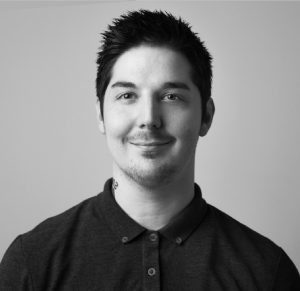 “Initially, like many people around me, I was sad and angry with the result as I was strongly in the Remain camp. But now I have realised that whatever we feel, today we must lead by example doing not moaning.
I voted Remain but that doesn’t matter now.
We are still part of a great community of Freelancers. We’re still British. We’re still European. We’re still World citizens. We are still Human.
We are better together. But we have to choose to be.

Conditions are still perfect, opportunity is still everywhere, the future is what we make it”

Thank you to all those who contributed their thoughts. Do you have thoughts as a self employed person? Comment below:

12 Freelancers Share Their Thoughts On The #Brexit Result was last modified: January 4th, 2018 by Col Skinner